Aryn StricklandJuly 31, 2019 @ 4:55 pmNews
As 1st reported in the Wellington Adv.
GUELPH-ERAMOSA – Rare Charitable Research Reserve recently purchased 87 acres on the 7th Line here along the Eramosa River.
The land trust and environmental institute, formed in 2001, purchased the land for conservation and research for just under $1 million.
It is the first acreage purchased in Wellington County by the Cambridge-based organization.
“It was a good opportunity for us … As a land trust that is really focused on conservation, that’s our priority so with the 87 acres we want to keep it intact and in perpetuity,” Rare executive director Stephanie Sobek-Swant told the Advertiser.
“We are going to do stewardship to run our research and some of our education programs on that property.”
The organization had been looking for an area not currently protected where it could branch out its research and conservation principals, one of which is connectivity, in a meaningful way.
“From a watershed perspective the water connects everything we do and going into the river valleys and along the rivers made perfect sense in that regard to start with,” said Sobek-Swant.
Guelph-Eramosa Mayor Chris White said it is a great opportunity for the township to be the first municipal host of Rare-purchased land.
“It’s fantastic because we’re right on the edge of the GTA so some of the pressures that we are feeling here in terms of population growth and urbanization are pretty significant here … so having that happen here is very good,” said White.
“Unlike some provincial legislation … green belts and so forth that can change, this is a permanent designation by the owners of the property.”
Rare purchased the land with donations and a provincial grant. 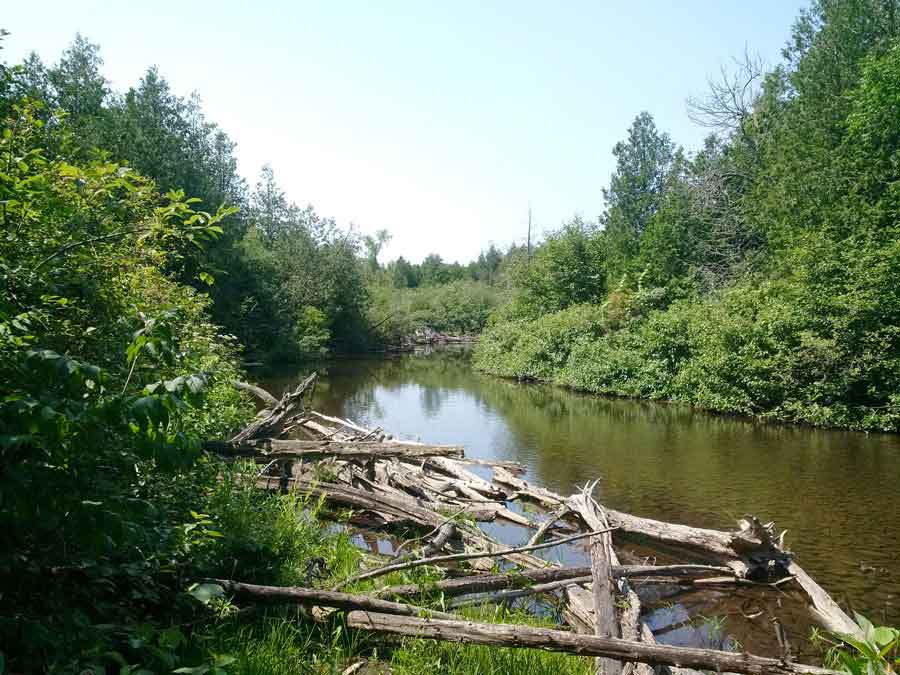 Riverscape – Land trust and environmental institute Rare Charitable Research Reserve recently purchased 87 acres along the Eramosa River. Photo by Tom Woodcock
“It was an interesting mix of smaller and larger donors coming together, but there is also going to be a grassland bird offset on the side so a developer paid a large amounts of the funds that had to be raised for that agreement,” said Sobek-Swant.
“It is a good example of how the community and industry and also the government can work together because we also received a $150,000 capital grant from the Ontario Trillium foundation for this property purchase, which was a big boost.”
The $1-million total covered the purchase price and associated costs for land transfers, legal fees and a 20 per cent stewardship endowment to ensure the organization controls the land in perpetuity.
The area, which the organization has named the Eramosa River Conservation Corridor, is part of Rare’s larger land securement strategy.
Already the organization is in discussion with the owners of the former Edgewood Camp in Eden Mills, which would expand the conservation corridor.
It will have major benefits to the township, according to White.
“The nice thing about this is it’s at no cost to the taxpayer. [Rare is] preserving  the property on their own dime,” said White.
“Typically if we have parks or preserved areas … or even trails, there’s a cost to the municipality and the residents, so in this particular case we get a nice chunk of property preserved at no cost.”
White added, “We want to thank them for all the hard work they are doing in preserving this land along the river.”
As a land trust and environmental institute, Rare also  looks to the public for support and provides opportunities for the community to get involved.
While always looking for large and small donations, the organization wants to train what Sobek-Swant called “the next generation of conservationists.”
“We want to know exactly what species are out there and we have a lot of seasoned advisors in that regard who might also be happy to take people out who have a lesser degree of experience because we kind of want to train [them] …” she said.
“So there are lots of opportunities to explore and learn things in that regard; help with invasive species removal for example, or planting native species as part of restoration projects.
“We will be forming little stewardship groups where people can get really hands-on engagement and become part of the whole effort.”